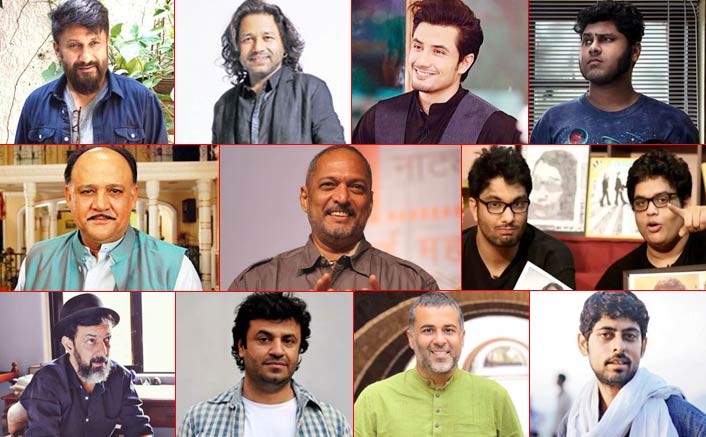 After Bollywood actress Tanushree Dutta’s accusation of sexual harassment on bollywood veteran actor Nana Patekar. While Nana Ptekar denies these allegations but after this, #MeToo appears to be open platform for women to speak out.

In recent days,some other Bollywood celebrities, comedian, journalist also accused for the same. From a year ago #Me Too movement inspires thousand of people sharing their stories of sexual harassment.

Here are the Indian celebrities who have been accused under #MeToo :

Bollywood Actress Tanushree Dutta accused Nana patekar for sexual harassment. It all started from the set of film Horn ok please,actress reveal this after 10 years.

Actress Tanushree Dutta also alleged filmmaker Vivek Agnihotri that he passed some inappropriate words,when she was shooted with him in a movie. Agnihotri’s lawyer denied from all the accusations she made against Agnihotri.

Alok Nath is well known for his “sanskari father” image. He started his career with movie Gandhi which won the Academy Award for Best Picture. Nanda wrote about Alok that he was an alcoholic and even harrased the show’s actress who was not interested in him. Alok responded that this must happen but the culprit must be somebody else and he do not want to stretch this issue.

Director Vikas Bahl accused for sexual harrasment by his “Queen” starrer actress Kangana Ranaut. She said that the vikas bury his face around her neck and hold her tightly.

Chetan bhagat, a popular Indian author famous for his best selling novels got himself embroiled in the movement when a woman shared a screenshot of whatsapp coversation between chetan and her. The author also posted an apology on facebook.

Singer Kailash Kher accused for harrasment by a female journalist who said that Kailash kept his hand on her thigh. Kailash reacted on this and posted an apology..

Lyricist and writer Varun Grover was accused by a former student of BHU university for misbehaving in year 2001.

A battle of perceptions at CBI