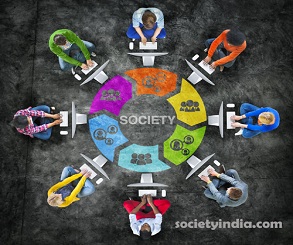 Gadget addiction is getting more and more common in teenagers with the increase in technology and gadgets in the markets. In recent times, the role of gadgets are important but they are making the teens of the age addict and they get indulge in the lame behaviors due to such gadgets.  Teenagers decide coolness of a person by observing his type of gadget and its models. This is due to the increasing trend in the gadgets and devices in the market. There are also many harmful aspects of gadgets that are now been showing upon the teens and that is inadequate sleep. According to the recent researches, majority teenagers were reported to be engaged in some electronic technology and gadget at the night hours and that causes the behavioral and sleeping problems in them.

There are no specific signs of gadget addiction as this is very common among the teenagers of 21st century but it severely incapacitates the Child to achieve his dreams by getting him trapped in its own addiction. This whole process transforms the child into a lazy individual who sees to be alive only due to the gadgets. This is quite an alarming situation for the parents as well as the children. So here are some obvious signs of Gadget addiction, if your teen is having one then you definitely have to pose some action on it:

Managing Gadget Addiction of your Teen:

This is such an alarming situation for the parents whose teen children are badly addicted to the gadgets. So the screen time of your child must be condemned as soon as they are not affected by the side effects of gadgets. Follow these rules to start with:

Effect of new technology or gadget on education