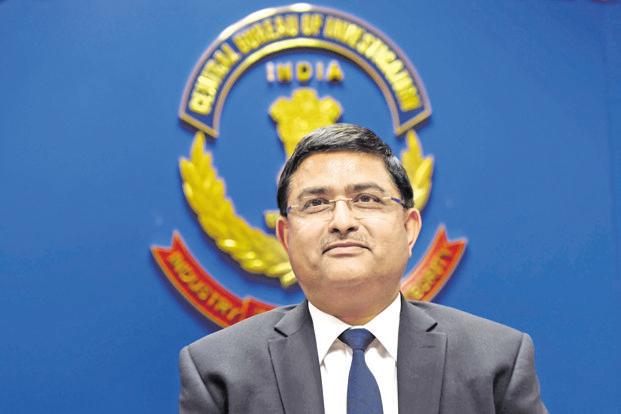 Currently, there is a battle of perception going on between two of the seniormost officials of the CBI, which is by far the prime government investigating agency. One that has always been the public eye for its integrity and is open to scrutiny by the media and public at large.

However, over the last month or so, there has been allegations and counter allegations that have been labelled by the director of CBI, Mr Alok Verma and his deputy and special director of CBI, Rakesh Asthana. Needless to say that the media and TV channel have extensively reported on the ongoing drama, which is being played out in the Supreme Court. Needless to say that the war between two of the seniormost officials of the prime investigation agency of the government has put the spotlight on these two individuals.

Rakesh Asthana was also in charge of investigating the fodder scam in Bihar. And doing that and your he garnered commendation from ex-CBI director Upen Biswa and in fact even had drawn praise from several political leaders such as the chief of the RJD Lalu Prasad Yadav. Both these individuals had vouched for Rakesh Asthana’s impeccable integrity and professionalism.

The Cabinet Sec, eventually asked the CVC to investigate the matter and report back to him. And during this time when the Chief vigilance Commissioner was conducting his enquiry, Rakesh Asthana started getting victimized.

Rakesh Asthana also mention the specific incident wherein raids were to be conducted on the high-profile BNR hotel ( again linked to Laloo Prasad Yadav , and the fodder scam), it was Alok Verma, who had instructed Asthana to cancel the search operation and even the tickets for the joint director was about to conduct the operation was cancelled on his behest.

Many such incidents have come to light, including the gold smuggling case at the Indira Gandhi International airport, where the accused Saurav Sharma was thought with considerable amount of gold.

Another name that comes to mind was that of posting of Rajeev Singh from the economic offences Wing of Bihar , who was involved in the 30 crore deal that was struck between him and S Jaganmohan Reddy. Apart from that , the case involving recommendation of 91 batch officer RP Upadhaya for the CBI. ( Previously RP Upadhaya was caught using a Sim card from Nepal. In another, unrelated incident).

Not someone who would keep quiet, while Rakesh Asthana onto his job and building up a case against the CBI director. Alok verma himself was doing whatever he could to stop Asthana from becoming the next Chief of CBI. And in doing so on the basis of the statement of Satish Sana ( who was himself accused in Rakesh Asthana’s complaint to the Cabinet Sec), a new FIR was launched against Rakesh Asthana. Eventually there was no proof found that Satish Sana had bribed package, not an iota of evidence could be produced in any court. Observers have repeatedly alleged that the entire exercise belted out by Alok Verma was simply to prevent Rakesh Asthana from becoming the next CBI director. The motive of his action are best known to him.

The CBI director also had alleged that Astana had taken favours from the Sterling Biotech group at the same time, it was also proved beyond doubt that Sandesera group had legally taken Rakesh Asthana’s house on rent ( and the payments for that were made by cheque, a fact that was disclosed by Asthana to the government a while back.

While the matter is being heard by the Supreme Court , the Chief Justice of India Ranjan Gogoi and Justices SK Kaul and KM Joseph had also categorised CVC’s report into four parts as “complimentary, very complimentary, not so complimentary and very uncomplimentary” for the CBI director.

While all this investigation is ongoing. The name of joint Dir of policy Mr. A K Sharma has also emerged as someone who has been operating shell companies, and several management firms (volve Project and Management Consultancy Private Ltd, Whitecube Brine Science Private Ltd, Meta World Ecotech Private Ltd, Brevity Enterprises and ItwingsInfosyastem Private Ltd). These companies were run in partnership with individuals with very corrupt background and have been extensively enlisted by the CBI as corrupt and undesirable people. This entire event has taken its own life and calls for a thorough investigation into the matter.

Reports have also emerged that Vijay Mallya was allowed to flee the country and the safe passage to this fugitive was arranged by someone within the CBI. The central bureau of investigation is certainly in the limelight and the matter is being investigated by the Supreme Court.

The Battle of perception, the Supreme Court would obviously investigate the matter and at the end of the day, the Central bureau of investigation is emerging as a tainted body. Whatever happens, the accused and the accuser have enough evidence and the thrown on each other. It is now up to the Supreme Court of India to deliver justice and restore the faith of the people of this country on the CBI.